Hear the reunited pop band's cover of Adam and the Ants' "Stand and Deliver" from the season finale of the hit TV series. 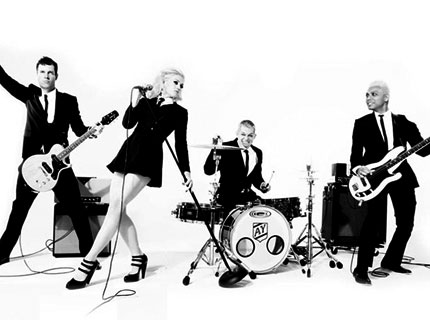 No Doubt will perform their cover of Adam and the Ants’ “Stand and Deliver” on the May 11 season finale of the hit TV show Gossip Girl. But why wait a month to hear the track? SPIN.com has it right here, right now!

Below, listen to the band’s version of the ’80s punk classic, which finds the SoCal quartet reworking the gritty original into a super-sleek new-wave cut with glossy electric guitars, synths, and frontwoman Gwen Stefani’s girlish vocals. The original’s tribal drums, however, remain intact, as does the song’s intro of a horse snarling near its master — an 18th-century highwayman who robs from the rich and gives to the poor.

Although No Doubt haven’t released an album since 2001’s Rock Steady, they are busy prepping for a lengthy summer tour with Paramore, including a stop at the Bamboozle Festival May 2-3 in East Rutherford, NJ. The quartet are giving away their entire catalogue to fans who buy top-tier tickets!

LISTEN: No Doubt, “Stand and Deliver”