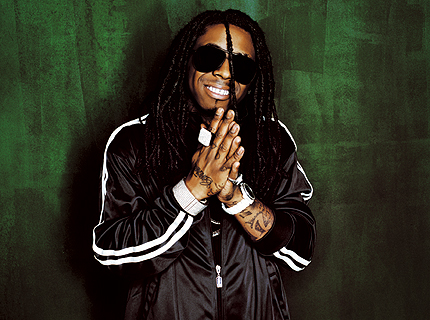 Lil Wayne’s producers Cool & Dre say the musician is about to change the nature of rap with his next release, Rebirth, out June 17.

“It’s almost like where Outkast was when they made Aquemini,” Dre told told MTV of Wayne’s genre-bending approach. “It’s still a rap album, but was it really arap album compared to all the other rap albums at that time? AndréBenjamin was evolving artistically to where he’s at now — Wayne isdoing the same thing, and he’s not afraid to show you his growth. Rebirth is going to be another classic album.”

“There’s some rock songs on there, but there’s also some records where he’s rapping,” he added. “It’s where Lil Wayne is right now in his life and career — he’s expressing himself musically.”

Dre went on to cite Wayne’s performance of “Got Money” on Saturday Night Live last September as inspiration for crafting new material.

“His intensity was like [being at] a rock concert,” Cool added. “He had a band behind him. It inspired me and Dre to do a lot of intensity-driven records. The way he was performing, I can only compare him to Freddie Mercury or Jim Morrison, guys that put it all out onstage.”