Liam Gallagher: Oasis Not Breaking Up

The Brit rockers are taking a five-year break -- but Liam says their miserable band dynamic will keep them from breaking up for good. 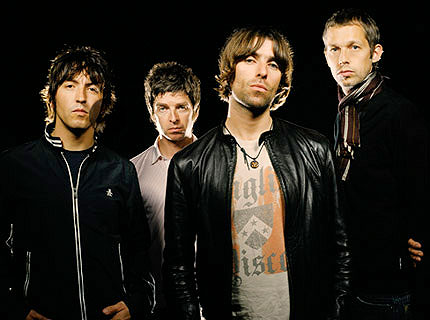 Oasis’ Gallagher Bros. are at it again.

Last week, Noel said the Britpop icons would be taking a five-year break, citing his brother Liam’s “rude, arrogant, intimidating, and lazy” behavior as his motivation. But now Liam is claiming that while the band may be taking a breather, they’re certainly not breaking up — and he thinks he can prove it.

In fact, Liam said the brotherly friction is proof that the band will continue. “He’s different and I’m different. We’ve done well, 15 years at it — 15 years of having problems together, we’ve done pretty well,” he said, adding, “I think the minute we start getting happy and holding hands and being like other bands — then, I think it’ll be over.” [Via Yahoo! News]

And don’t worry — that’ll never happen, Liam reassured: “[The band situation is] not good. Not good,” he said, elaborating, “He likes Oasis and I like Oasis, so I’m not leaving and he’s not leaving, so we gotta do it, but we don’t get on.”