The stars set out to raise awareness for the worldwide water crisis -- and plan to sabotage each other's tents. Click here for details! 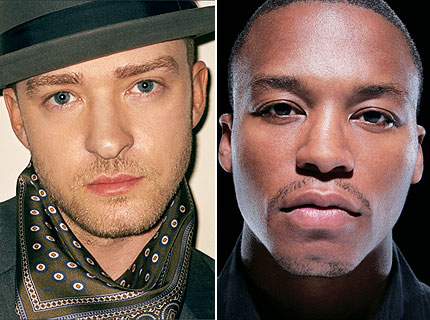 Justin Timberlake and Lupe Fiasco have been recruited by Ethiopian-born pop singer Kenna to climb Africa’s Mount Kilimanjaro later this year in an effort to raise money and awareness for the worldwide water crisis.

For Kenna, the mastermind behind the trip, the cause is close to heart: “My dad almost died as a child from waterborne diseases in Ethiopia,” he told Elle Magazine. “He had talked to me about digging a well there, and I thought, ‘I have too many friends who would be concerned with the subject of clean water. Maybe I can help out.'” [Via AllHipHop.com]

Fiasco was apparently more than ready to lend a hand, but his motivation seems partially attributed to a Survivor-esque competitive spirit and his untapped inner Ashton Kutcher. “I’m an adventure junkie. Part of the motivation is beating Kenna to the top,” said Fiasco, adding, “Sabotaging his tent, taking the lining out of his coat, lacing it with ants or something like that.”

In GQ’s March issue, Timberlake opened up about his preparatory training regime to conquer Tanzania’s 19,330 feet peak: “I’ve been training four times a week to get my VO2 levels up to expand my lungs,” he said. “We’ll climb for a week straight, carrying thirty pounds on our backs. It’s going to be intense. But it’s going to be rewarding. Plus, we’re going to be ready for it.”

As for Timberlake’s motivation, we can only infer that he’s a good friend who’s also hoping to make the world a better place. Unless he brings his cell phone.