The Gossip Get Romantic on June Release

Love is in the air for frontwoman Beth Ditto. Click here for details on the trio's new album! 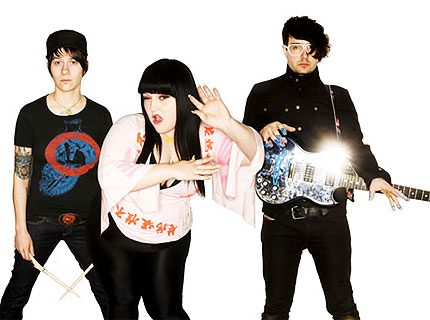 It took the Gossip nearly a decade to bust out of relative obscurity with their 2005 album, Standing in the Way of Control, and now they’ve finally announced details for their next studio effort!

The band will release their Rick Rubin-produced album, Music for Men, in the U.S. and U.K. June 22 as a digital download. A physical copy of the record will arrive stateside this coming October, a spokesperson tells SPIN.com.

“There’s a shitload of love songs in there,” frontwoman Beth Ditto told NME.com about the new record, which the band — also featuring guitarist Brace Paine and drummer Hannah Blilie — recorded at Malibu’s Shangri La studio. “Writing down the tracklisting, we had about 14 songs and seven had the word ‘love’ in the title. I had no idea I was so romantic.”