Eminem Talks About His Drug Problems

With a new album on the way, the rapper opens up about the dark hole he recently climbed out of. Click here for more! 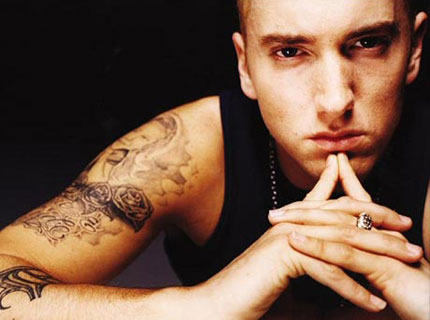 With his new album due in May, Eminem has opened up about his battle with drugs following the 2006 shooting death of his best friend and D12 member Proof.

“I just went into such a dark place that, with everything, the drugs, my thoughts, everything. And the more drugs I consumed — and it was all depressants I was taking — the more depressed I became, the more self-loathing I became,” he told XXL magazine. “The way I felt was almost like it happened to just me,” he said of the murder. “It just blindsided me. I’m just now at the point where I’m better talking about it. It took me so long to get out of that place where I couldn’t even speak about it without crying or wanting to cry.”

Em went on to elaborate how his drug addiction resulted in his three-year hiatus from music.

“I wasn’t ready mentally. I wasn’t ready to give up drugs,” he explained. “I spent the next three years struggling with it. At that time, I felt like I wanted to pull back, because my drug problem had got so bad. I felt like, ‘Maybe if I take a break, maybe this will help.'”