Babyshambles and the La’s to Collaborate?

Pete Doherty's band may back "There She Goes" singer Lee Mavers on his next solo album. Click here for details! 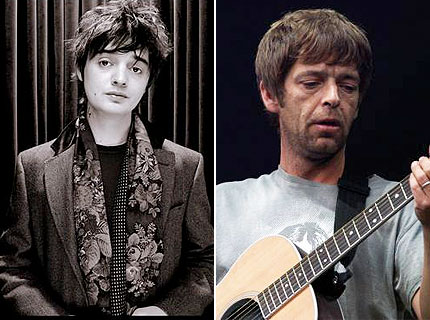 Lee Mavers, of 1980s Brit rock outfit the La’s — known for their sunny hit “There She Goes” — is eyeing a partnership with Pete Doherty’s band Babyshambles.

And move over P.Diddy and the Arctic Monkeys — this sounds like a bromance to be reckoned with.

It was love at first onstage collaboration, when Mavers joined Doherty and Babyshambles drummer Andy Ficek to perform at a recent stop of Doherty’s solo tour in England.

“He [Mavers] said how much he loved what we do, how we play, how we look,” Ficek told NME.com.

Though it sounds like Mavers was interviewing for the position of Babyshambles fan club prez, he was actually angling for a collaboration, and made his intentions plain to Doherty.

“Peter said Lee wants us to be his backing band,” Ficek said. “[Mavers has] loads of songs written and he’d like us to get involved. I’m not sure where it’ll go from here, but it’s enough to get excited about.”