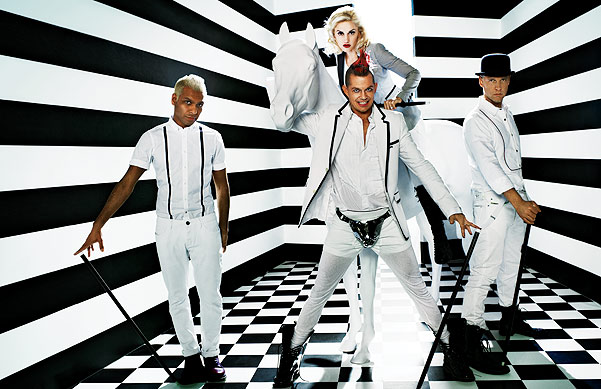 Who: Ska-punk quartet that dominated '90s radio and turned Gwen Stefani into a B-A-N-A-N-A-S pop star (and whose "Don't Speak" video reenacted their first SPIN cover shoot).
Hometown: The real O.C. -- Anaheim, CA
Why you should see them: It's been eight years since their last album, Rock Steady, and while the current SPIN cover stars aren't yet planning to record new material, their massive U.S. tour, which kicks off at Bamboozle, might be the catalyst for them to do so.

LISTEN: No Doubt, "Just a Girl"

Who: Ska-punk quartet that dominated '90s radio and turned Gwen Stefani into a B-A-N-A-N-A-S pop star (and whose "Don't Speak" video reenacted their first SPIN cover shoot).
Hometown: The real O.C. -- Anaheim, CA
Why you should see them: It's been eight years since their last album, Rock Steady, and while the current SPIN cover stars aren't yet planning to record new material, their massive U.S. tour, which kicks off at Bamboozle, might be the catalyst for them to do so.

LISTEN: No Doubt, "Just a Girl" 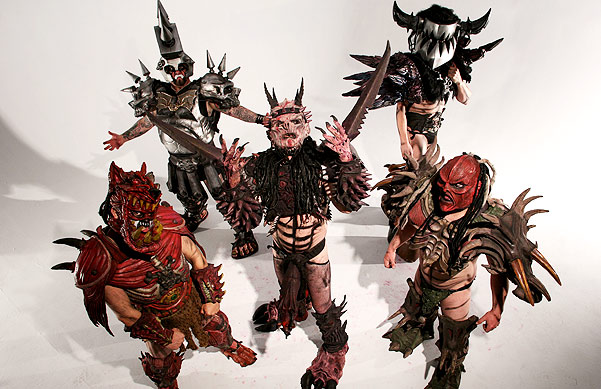 Who: Men in giant rubber costumes that spew blood and ejaculate on unassuming audiences -- and also play heavy metal.
Hometown: Richmond, Virginia, via Antarctica, and your nightmares
Why you should see them: They've been at it for 25 years, but if you haven't seen the guitars'n'gore spectacular that is a GWAR show, why wait any longer? And don't you want to see which celebrity effigies they disembowel onstage?! Previous victims include Paris Hilton, George W., and Osama bin Laden. 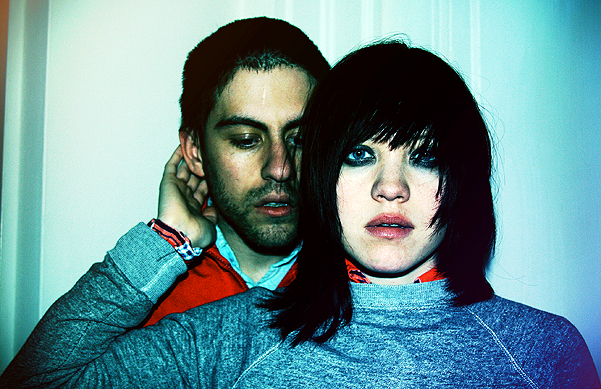 Who: Lo-fi duo featuring Cacie Dalager and Brad Hale.
Hometown: Minneapolis
Why you should see them: Don't let their emo-esque name fool you: This might be the most indie act at Bamboozle. It's a bit of Metric's propulsive, twitchy synth rock, some of Be Your Own Pet's spazzy fury -- and Dalager's vocals have a touch of the Knife's haunted, spectral decay.

LISTEN: Now, Now Every Children, "Everyone You Know"

5.The Get Up Kids 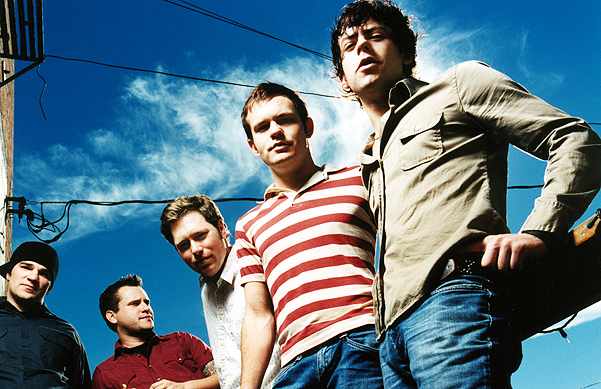 Who: Emo forefathers without whom a festival like Bamboozle would have never been possible.
Hometown: Kansas City, MO
Why you should see them: Like other bands from their era, the Get Up Kids are commemorating the 10th anniversary of a landmark album, in their case, 1999's Something to Write Home About, a pinnacle 98 percent of Bamboozle performers have yet to reach.

LISTEN: The Get Up Kids, "Action and Action" 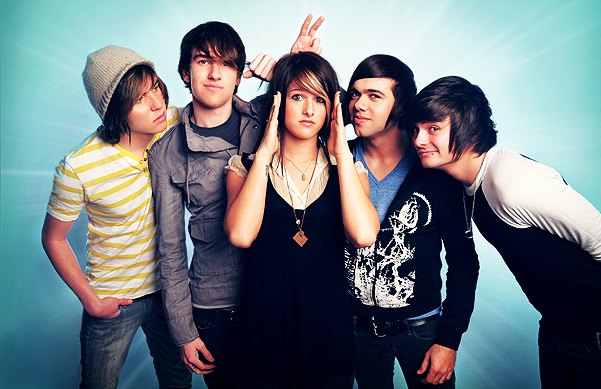 Who: Girl-fronted, pop-savvy, Warped Tour-friendly outfit... that isn't called Paramore.
Hometown: West Palm Beach, FL
Why you should see them: They've been blasted for being a Paramore rip-off act -- but, if you can believe it, their hooks sound even more polished and tailor-made for use as the theme song for some yet-to-be-conceived MTV reality show.

LISTEN: Hey Monday, "How You Love Me Now" 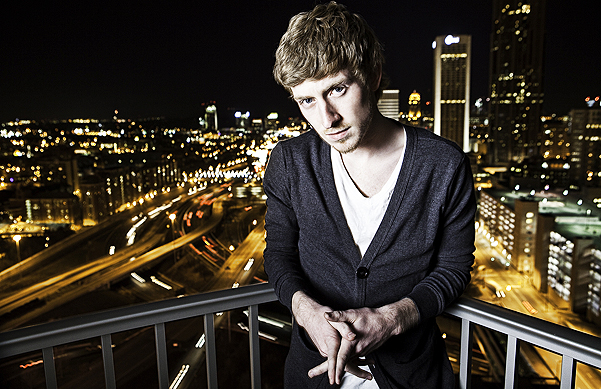 Who: Caucasian MC whose Weezer-sampling, weed-lovin' single "I Love College" is a bona fide chart-topper -- and has 39 million plays on MySpace.
Hometown: Morrisville, PA
Why you should see him: Is his white-boy flow crazy fly, or Crazy Town? Come my lady, come come my lady, and see for yourself. 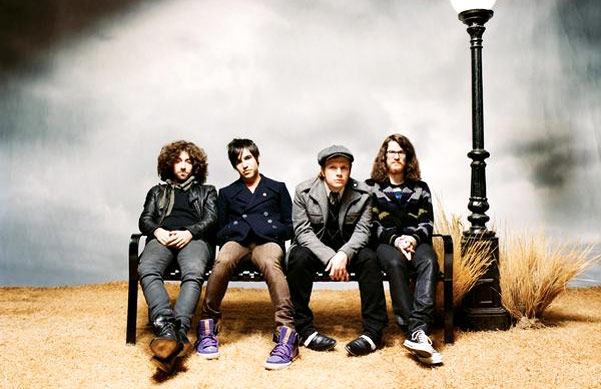 Who: The reigning, Jay-Z-approved kings of pop-punk.
Hometown: Wilmette, IL
Why you should see them: It's more than just pining for a glimpse of Pete Wentz's newborn baby, Bronx Mowgli. Fall Out Boy truly catapulted the Bamboozle scene into the mainstream, and just about every band on the bill should be paying homage. 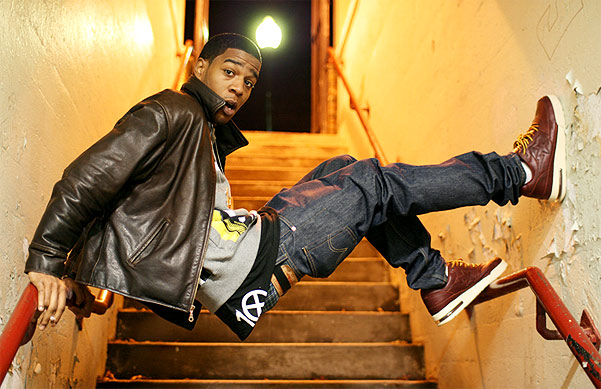 Who: Kanye West protégé whose debut album should see the light of day in 2009.
Hometown: Cleveland
Why you should see him: His guest spot on Kanye's "Welcome to Heartbreak" announced his arrival, but what's he like on his own? The confident yet mellow flow and dark, skittish beats on "Day & Night" say he's going to be something special. 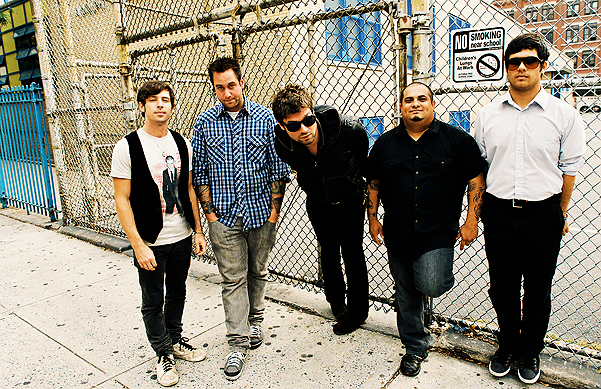 Who: Lineup-shifting but eternally successful emo torchbearers.
Hometown: Long Island/NYC
Why you should see them: They've sold more records than almost anyone in the Bamboozle universe, and they're about to return in earnest with their slick, super-catchy fourth album, New Again, out June 2. In addition to playing new songs onstage, the band will be inviting select Bamboole fans onto their tour bus to hear New Again in its entirety! 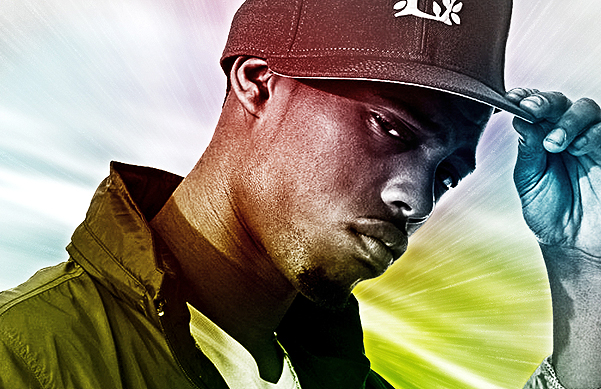 Who: Prolific hip-hop prodigy that hipsters also love -- a SPIN pick for Who's Next.
Hometown: Atlanta
Why you should see him: "I'll Be in the Sky" is catchy-as-hell Southern hip-hop, just a shade less addictive than "Hey Ya." Plus, B.o.B -- who recently began going by his real name, Bobby Ray -- is a multi-instrumentalist who defies any number of rapper stereotypes. 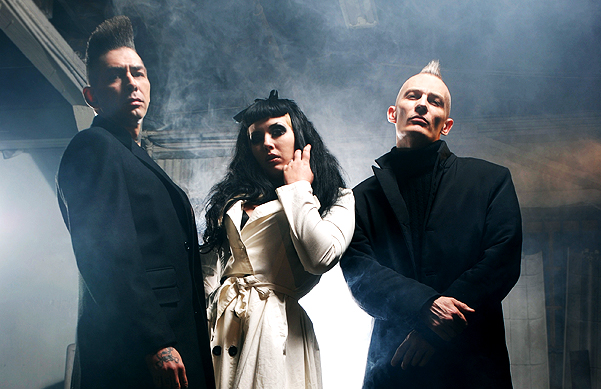 Who: Noisy punkabilly trio fronted by tattooed upright bass-playing diva, Patricia Day.
Hometown: Los Angeles (via Denmark)
Why you should see them: You'll want to play chicken in a '57 Chevy after absorbing Horrorpops' nitro-fueled retro jams. 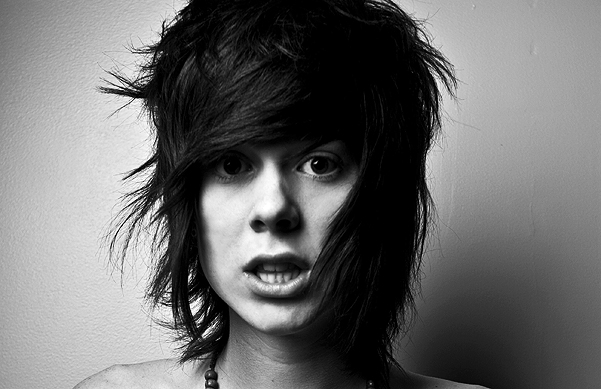 Who: Auto-Tune loving, ridiculously coiffed teenager Christofer Drew, a true MySpace phenomenon.
Hometown: Joplin, MO
Why you should see him: Just to see that hair. And to see him wow folks with his ukelele-led bedroom pop. It's like lonelygirl15 meets the Format -- and we're not sure yet whether that's a good thing or not. 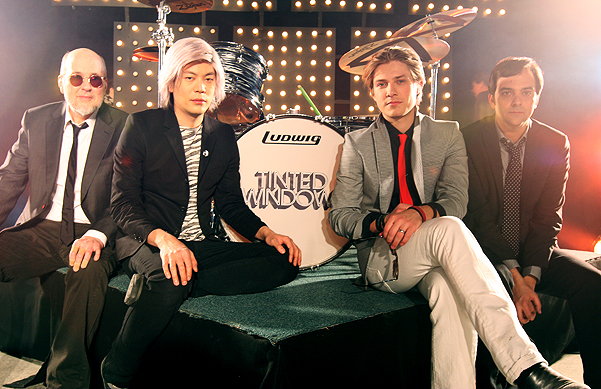 Who: Taylor Hanson of Hanson, James Iha of Smashing Pumpkins, Adam Schlesinger of Fountains of Wayne, and Bun E. Carlos of Cheap Trick.
Hometown: New York City, via Tulsa, OK
Why you should see them: Find out what true power pop really sounds like, and renew your crush/bromance with Taylor Hanson. He's really dreamy -- still. 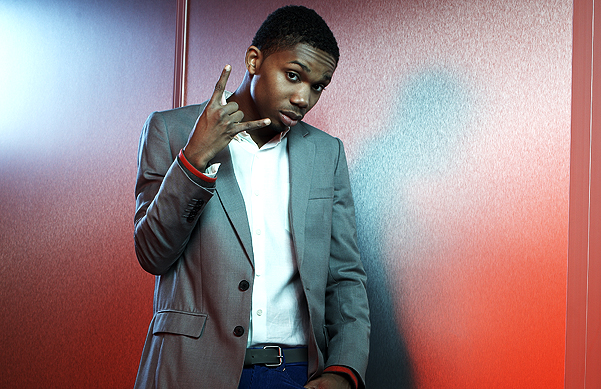 Who: Prolific rapper/singer whose sound ranges from moody R&B to Bjork-sampling schizophrenic hip-hop.
Hometown: Harlem (via Ohio)
Why you should see him: Which Charles will reign at Bamboozle? The one behind the wildly popular, party-hearty single "Brooklyn Girls"? Or the weirdly addictive "Windows Media Player," which samples the startup music from Windows computers and has the sleepy flow of Kanye's 808s and Heartbreak? 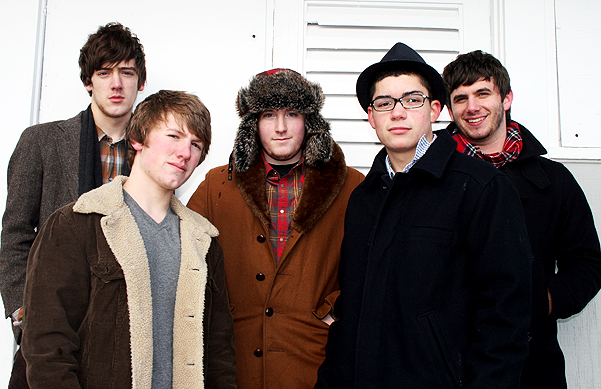 Who: Five literary-minded lads who won a contest to snag a spot on the Bamboozle lineup.
Hometown: Long Island, NY
Why you should see them: Among a handful of newly-minted bands playing Bamboozle, this quintet stands out. They eschew bratty pop-punk and cheesy emo-pop for a violin-laced sound that wraps around a conceptual, continuous narrative of a character called Gabriel. Think the Decemberists meet Jimmy Eat World.