Snow Patrol: “We’re Like the Village People, Only Less Gay” 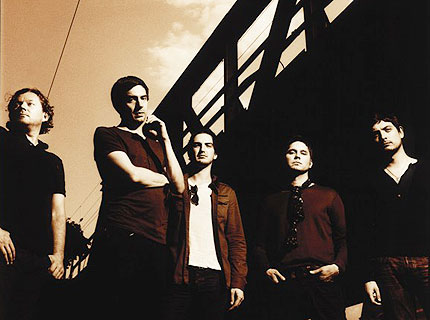 But Snow Patrol frontman Gary Lightbody isn’t being goaded into fisticuffs. Instead of dishing out disses, he’s offering compliments, and even self-deprecation.

“Nicky Wire has earned the right to say what he wants, he’s a rock God, so more power to him,” Snow Patrol frontman Gary Lightbody told Scottish newspaper The Daily Record. “We only seem dull on the surface.”

Lightbody then took a stab at dissecting the motivations of Patrol-haters: “There are people who despise Snow Patrol and think our music is boring — too mellow, too earnest. But, in our heads, the music we make is vital and passionate,” he said. “‘Chasing Cars’ was an inescapable hit worldwide. People think of us as that band with that song on Grey’s Anatomy and decide to hate us.”

But what might sound like a put-down to some isn’t keeping Lighfoot up at night: “One review said our fourth album would ‘keep Ford Focus drivers happy,'” he said. “Our music appeals to average blokes, not hipsters.”