The SPIN-approved Southern band's clip for "Shake it Out" follows a runaway girl as she blazes across America. Watch here. 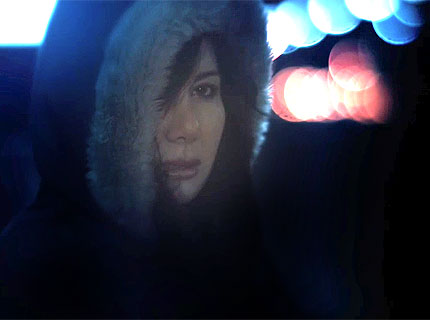 You can run but you can’t hide.

That’s the message in the new video from on-the-rise Atlanta, GA, quintet Manchester Orchestra, which makes its world premiere here on SPIN.com (watch below). The clip — for “Shake It Out,” an angst-ridden rocker off their forthcoming major label debut, Mean Everything to Nothing — finds a teenage girl running away from her life and hitting the road. But as shots of her despondent getaway bleed with vintage footage of a happy family on vacation, it’s obvious she’s unable to fully escape her problems, emotions, and, most notably, her memories.

If you dig the video for “Shake it Out,” then be sure to visit Manchester Orchestra’s homepage: Directors Clay Lipsky and Jason Bognacki filmed clips for all 11 songs on Mean Everything to Nothing, and the band will be rolling them out one at a time in the weeks leading up to the album’s release on April 21. You can watch the video for “The Only One” on absolutepunk.net. And for more Manchester Orchestra, click here to watch Hull’s recently recorded acoustic set at the SPIN offices!

WATCH: Manchester Orchestra, “Shake it Out”