Plus: Marianne Faithfull's drug-fueled drama is headed to the silver screen. Click here for details! 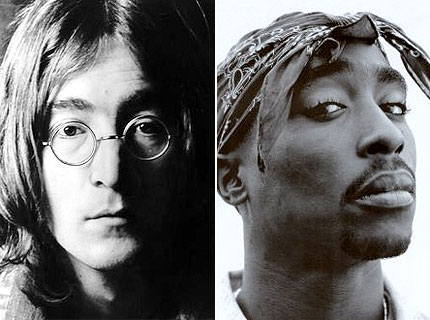 Like death and taxes, music biopics are inevitable. Here, a rundown on the latest musicians who are set to get the big-screen treatment.

John Lennon: Under the direction of famed British artist Sam Taylor-Wood, Nowhere Boy tells the story of Lennon’s childhood in Liverpool. The script is penned by Matt Greenhalgh, who also wrote the script for Control, the story of late Joy Division frontman Ian Curtis. Production is already underway on the feature, which stars Aaron Johnson (The Illusionist) as the young Beatle, and Kristin Scott Thomas (The English Patient) as his Aunt Mimi, who played a big part in raising him. The Weinstein Co. has acquired the rights to the film, so expect a heavy Oscar campaign. [Via Billboard.com]

Marianne Faithfull: Considering the singer’s life story — which includes a five-year romance with Mick Jagger, a battle with heroin addiction, time spent living on the streets, and a suicide attempt — the only question is how a film about Marianne Faithfull’s life hasn’tbeen made yet. Faithfull published her autobiography Faithless in 1994 but only recently confirmed that it will indeed become a film. “It won’t happen right away but we have found a director who I trust who wants to make a film of the book,” she told BBC News. Her new album of covers, Easy Come, Easy Go, which features songs written by Cat Power, Nick Cave, Jarvis Cocker, Antony Hegarty, Rufus Wainwright, Keith Richards, and more, drops today.

Tupac: While legal issues between Tupac’s mother and film studio Morgan Creek have delayed plans for a biopic on the fallen rapper, fans can still find solace in the fact that a film penned by the man himself is in the works: Live 2 Tell revolves around “an ex-drug dealer trying to get his life back on track after escaping a violent past” [via Vibe.com]. Shakur wrote the script while serving out his 1995 prison term for sexual assault. The film will be helmed by Hustle and Flow producer Preston Holmes and is scheduled for a 2010 release.