Capitol Records hosted the record release party for Re:Generations on March 10. Watch video from the event and hear from the artists who contributed to the project! 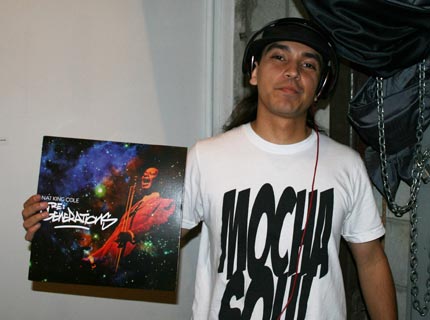 The record features Nat King Cole’s music reimagined by some of the bestproducers in the music industry, including Gnarls Barkley’s Cee-Lo Green, TVon the Radio, will.i.am, Brazilian Girls and many more.

The Crewest Gallery’s art exhibit featured work inspired by Nat King Cole byartists including Sage Cole, Man One, Ritzy Periwinkle, Jean-MichelBasquiat, and others. The exhibit will remain open until March 29.

Watch the video to see clips from the event and learn more aboutRe:Generations from the artists who contributed: br>