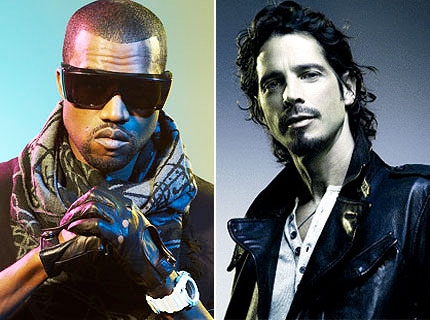 There was a time when musicians were all, “No personal questions please. My music speaks for itself.” But these days they’re eager to reveal every last detail. Read below for the latest candid revelations from Kanye West, Pete Doherty, and Chris Cornell.

Kanye West: “I would never spaz on MTV the way I did before,” West told Complex about his rant at the 2007 VMAs in Las Vegas. (It came after he was scheduled to play a side-stage rather than the main arena.) “MTV had a major part in making me, so how the hell could I ever come out of my mouth and dis them and just be like the cry-baby-ass bitch over one performance? How the hell is a 29-year-old grown ass man acting like a little bitch and getting all emotional? How spoiled can I get?” And MTV wasn’t the only one on Kanye’s “make amends” list: “[My Grammy speech from last year] confirmed that Kanye’s arrogant and not appreciative. You should always be gracious in a situation like that because that’s their show. You know, who the fuck am I to feel like I have rights to any extra time when it’s their show? I came in as a bit of a hothead and now I’m completely respectful. I learned from that; I publicly apologized for it.”

Chris Cornell: The former Soundgarden singer has been getting poor reviews for his Timbaland-produced album Scream. And he knows why. “Older American fans don’t like it because they are typically my core fans that really supported me in Soundgarden and really loved that band,” Cornell told Alternative Addiction. But it’s not about making those fans happy, as he goes on to explain: “As a songwriter and creative person, I have to do what makes me happy. Sometimes it’s going to be in the world that those core fans of my earlier period love, and sometimes it won’t.”

Pete Doherty: We thought we’d have to settle for Doherty’s less-than-subtle allusions to ex-girlfriend Kate Moss on his new song “Sweet By and By.” But Doherty was all too happy to spell out his feelings in a recent interview with UK paper The Observer: “Really and truly, I miss her. And I’d like to speak to her,” he said. “It’s something that’s so confusing for me still. Because the only person really I can talk to would be her.” Aww. But you can always count on the Babyshambles man to darken even the most tender mood with some “other fish in the sea” banter: “If I was to turn round now and say, ‘right, my heart’s not been mended, and I still miss [Moss] and I’m still in love with her,’ that’s gonna wreck my chances with some other bird who’s gonna read that and I might blow my chances with her!” he reasoned, adding, “So, you gotta hedge your bets.”