Plus: Watch concert footage of a new song and get details on the band's upcoming single! 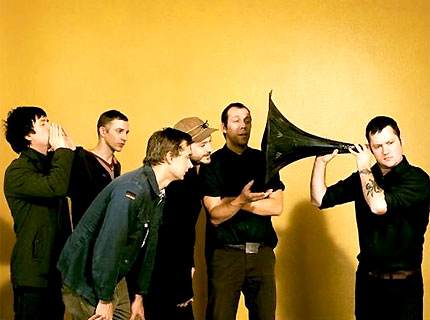 Modest Mouse plans to release the music video actor Heath Ledger directed before his death in January 2008, the band’s spokesperson tells SPIN.com. The Dark Knight actor helmed the animated clip for “King Rat,” a bonus tune off 2007’s We Were Dead Before the Ship Even Sank. No specific date has been set for the release, which is expected to happen “soon.” The video was animated by Terry Gilliam (Twelve Monkeys, Fear and Loathing in Las Vegas).

In a 2007 interview with VH1 frontman Isaac Brock spoke about the collaboration with Ledger.

“Heath and I have a mutual friend and when we were in Australia, my fiancé and some of us in the band went out on a boat with him and his family and friends and talked about the idea,” Brock said of the video’s origin. “The idea sort of dropped, but then he just sent me an email saying that he wanted to do it.”

Modest Mouse will perform “Satellite Skin” on the Late Show with David Letterman on March 18. Kevin Willis, who produced Tool’s clip for “Stinkfist,” will direct its music video.

The band’s U.S. tour comes to a close this weekend. To read about and hear music from Mimicking Birds, the opener hand-picked by Brock, click here.