The Detroit rapper announces street date for Relapse -- and reveals details for Relapse 2! 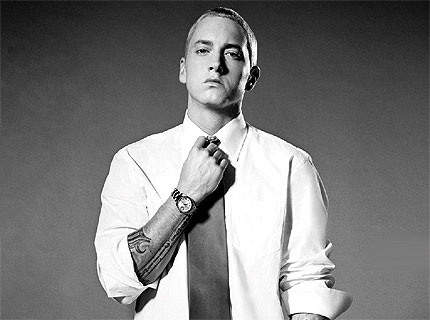 After months of speculation, delays, and leaks, rap phenom Eminem has finally announced the street date for his long-awaited comeback album, Relapse — or should we say comeback albums?

Relapse will arrive May 19 — the same day as Lil Wayne’s rock album Rebirth — with a companion record, Relapse 2, planned to arrive later this year. Relapse’s first single and music video — speculated to be chart-topping hit “Crack a Bottle”, though unconfirmed at press time — will drop April 7.

“A lot of people were expecting Relapse to drop last year,” Eminem said in a statement. “I was one of them. Then Dre and I went back in the studio in September for a few days, and that turned into six months. We were on such a roll; we wound up with a ton of new music produced by Dre. Putting out Relapse 2 will let everyone get all of the best stuff.”

Details regarding 50 Cent’s album, which the Queens rapper said would follow the release of Em’s, have yet to be announced. The street date for Dr. Dre’s long-awaited album, Detox, is also unclear. “Could Have Been You,” an unfinished Detox track with rhymes from 50 Cent, R. Kelly and more, leaked earlier this year.