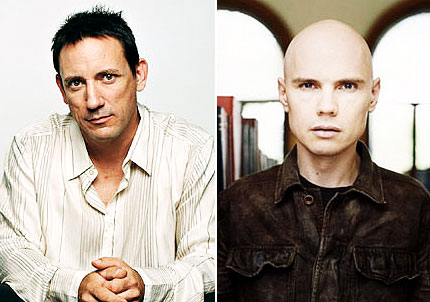 This Pumpkin patch is starting to look like the day after Halloween.

In a statement posted on Smashing Pumpkins’ website, the group has announced the departure of drummer Jimmy Chamberlin, the sole remaining original member of the pivotal alt-rock band other than frontman Billy Corgan.

It’s not the first time Chamberlin has left the band: He was fired by Corgan in 1996 after a heroin-related incident in which the group’s touring keyboardist died from an overdose. He came back on board prior to the band’s 2000 break-up, and again for the band’s recent “reunion,” which many have criticized because Corgan and Chamberlin were the only two original members involved. Original bassist D’arcy Wretzky and guitarist James Iha did not join the reunion. Iha now plays in just-formed supergroup Tinted Windows.

Despite Chamberlin’s departure, Corgan plans to move forward with the band: “Corgan will continue to write and record as Smashing Pumpkins with plans to head into the studio this spring,” the post read.

We guess this is what Corgan meant when he said Smashing Pumpkins would be a “singles band.“