Nearly a month after the alleged pre-Grammy altercation with Rihanna, Chris Brown has been charged with one count of felony assault and one count of making criminal threats (also a felony) by the Los Angeles District Attorney.

A spokesperson for the D.A. said the singer could face a maximum of fouryears and eight months in prison. He has been free on $50,000 bailsince his Feb. 8 arrest.

Brown appeared in court this afternoon, but did not enter a plea. The judge allowed his lawyer’s request to postpone the singer’s arraignment until April 6th. Brown was also placed on a 60 day protective order. He is not allowed to “annoy or harass” anyone. 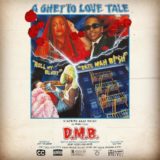 The charges come just days after Brown and Rihanna reunited in Florida.

Earlier today, TMZ revealed what is reportedly an LAPD detective’s notes. According to the notes, the altercation began after Rihanna — referred to as “Robyn F.” (her full name is Robyn Rihanna Fenty) — read a three-page text message sent by another woman to Brown’s phone. After arguing, Brown attempted to force Rihanna out of his car but was unable to, as her seatbelt was on.

The report stated Brown then shoved Rihanna’s head against the passenger window, and that he began punching her while driving. When she turned to face him blood splattered onto her clothing and the car’s interior. After Brown allegedly said, “I’m going to beat the shit out of you when we get home. You wait and see,” Rihanna called her assistant and left a voicemail saying, “I am on my way home. Make sure the cops are there when I get there.” Brown replied, “You just did the stupidest thing ever. I’m going to kill you.” He then allegedly continued punching Rihanna, bit her ear and fingers, and put her in a headlock — which nearly left her unconscious.

After the report was made public this morning, Rihanna’s father, Ronald Fenty, spoke with US Weekly, calling Brown “a little immature for Rihanna.” When asked what he would say to Brown today, Fenty issued some strong words: “I would tell Chris, ‘Don’t ever try again, don’t even think about it.’ I’m hurt and disturbed at that scenario.”