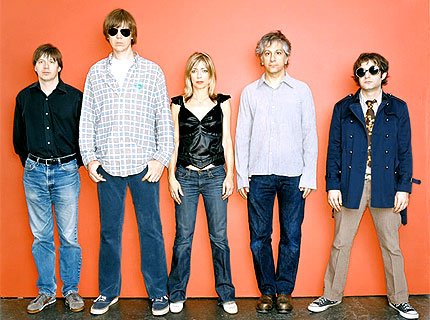 Kudos to Newsweek’s Pop Vox blog for bringing us the first music from Sonic Youth’s upcoming album, The Eternal, three months in advance of its June 9 release. At Newsweek’s request, the band edited together a two-and-a-half-minut sonic “melange” of the record’s songs — check it out below!

Can’t wait until June to hear the whole album? Matador has just the thing: The Buy Early, Get Now campaign. Fans who pre-oder The Eternal on LP or CD will receive a digital download of The Eternal on April 28, and later (via mail or local record store), a bonus limited edition live LP ofthe band’s July 4, 2008, show at New York City’s Battery Park, which will contain an exclusive poster.

Check out the album preview below. Then tell us what you think in the comment section.