Watch: Blur in the Studio 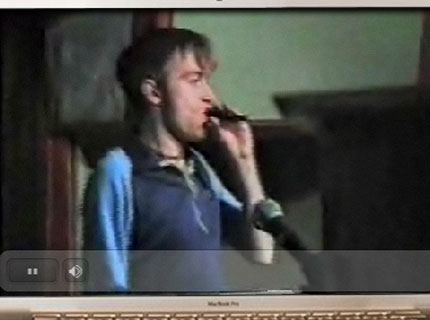 You know that Blur have reunited. But how will you fill all that time until their July 3 show?

We suggest you raise a pint of ale in homage and watch this just-released video documenting the making of Blur’s 1994 classic Park Life.

“The thing that comes over is not only how talented these guys are, but also how much fun they were to work with,” producer Stephen Street says, introducing the video — and he’s not joking. In addition to footage of guitarist Graham Coxon performing the riffs for tracks like “Magic America,” the clip shows the band playing foosball, goofing off while laying down group vocals, and experimenting with a slide-whistle and a duck-call while recording “The Debt Collector.”

Click here to check out the footage. Then sound off in the comments section.