Plus: Watch U2, the Killers, Coldplay, the Pet Shop Boys, Kings of Leon and more perform in London! 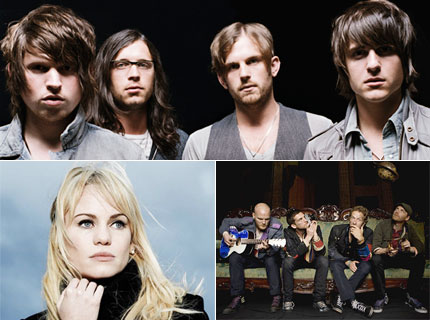 Sorry, Coldplay: The Brit Awards are just not that into you.

Although the English rockers scored three Grammys earlier this month, they walked away empty-handed at last night’s Brit Awards ceremony in London, despite being nominated for four statues, including Best British Group and Best Album.

Visit Brits.co.uk for the complete list of winners and nominees.

Below, check out footage of performances from the event, including the onstage collaboration between the Killers’ Brandon Flowers, the Pet Shop Boys, and Lady Gaga.

Kings of Leon, “Use Somebody”

Ting Tings and Estelle, medley “Shut Up and Let Me Go,” “American Boy,” and “That’s Not My Name”