Plus: Mark Ronson's protégés talk about their upcoming album. 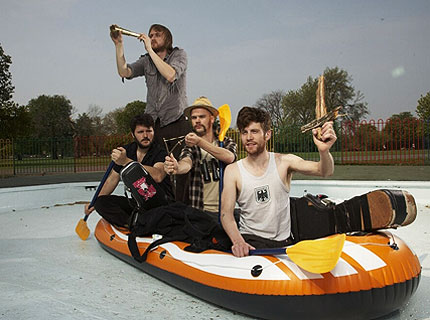 Brit band the Rumble Strips have offered fans a sneak peek at their upcoming sophomore album in a just-released video (below) filmed in New York City.

Mark Ronson is producing the album, having become a fan of the band when he heard their cover version of “Back To Black” — which he has described as better than his original version with Amy Winehouse.

Waller credits Ronson with taking the band in a new direction for their second album: “The last [album, 2007’s Girls And Weather] was true to our live sound at the time — this time Mark’s got a much wider vision of what it could be,” he says. “It was more of a blank slate this time, we hadn’t really played the songs live much, they were demos. Mark had this real vision of making this classic-sounding, sort of a ’60s sound — it was so different to how we’d ever sounded before.”