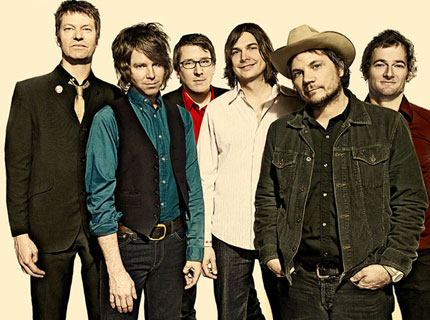 Wilco fans, rejoice: The Chicago six-piece, led by singer/songwriter Jeff Tweedy, are nearly finished with the follow-up to 2007’s Sky Blue Sky — and the band is looking to release the much-anticipated record in June!

According to a band spokesperson, Wilco recorded much of the yet-to-be titled album last month in New Zealand — where they were also contributing to Crowded House frontman Neil Finn’s forthcoming record — and are wrapping it up now at their Chicago studio, the Loft. In early March, Tweedy will head to Los Angeles to mix the record with Jim Scott, who also handled production and engineering duties.

Tentative song titles include “Deeper Down,” “My Country Has Disappeared,” “Sunny Feeling,” “One Wing,” and “Wilco, the Song,” which the band recently performed on The Colbert Report. Watch the video below.

Before the album’s release — and the band’s appearance at the 2009 Bonnaroo Music and Arts Festival — Wilco will go on a short U.S. tour in April.Following several solo Tweedy dates in March, the tour will kick off April 14 with a two-date residency in Milwaukee, WI, and close April 25 at the New Orleans Jazz & Heritage Festival. Chamber-folk group A Hawk and a Handsaw will open most dates.

Wilco play “Wilco, The Song” live on The Colbert Report