The alt-rock journeyman's new music video isn't much -- but it might be perfect. Click here to watch! 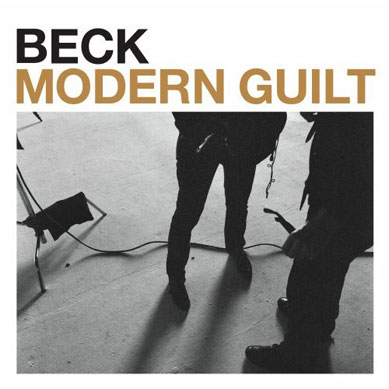 There’s not much to the video for Beck’s new single, “Replica,” from 2008’s Modern Guilt: The one-named wonder shows his face for just a few seconds, and the flashing black-and-white images that follow don’t form much of a narrative. However, the cold visuals do create an unsettling mood that’s only amplified by the song’s skittering beats and haunting strings and vocals.

“Make a perfect replica of your life / Cut the paper with exacto knife,” Beck spits in the verse, before dropping into a ghostly croon during the chorus: “It’s so unreal / It’s all I need / This replica.”

Call the video unambitious, call it visually and creatively inferior to his other videos. Just don’t call it dispassionate. The music-visual pairing is seamless and impactful.

Check it out below. Then leave your thoughts in the comments section.