My Chemical Romance on New Record: Less Drama, No Makeup

Frontman Gerard Way talks about his band's return to the basics of songwriting. Click here for more! 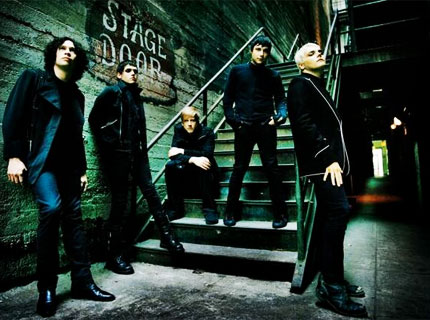 With epic concept albums, comic book fetishes, and Bob Dylan covers, it’s safe to say that My Chemical Romance are ambitious. For their follow-up to 2006’s smash success The Black Parade, however, the New Jersey heroes are going back to basics.

“I don’t think this is gonna be a ‘kitchen sink’ record,” frontman Gerard Way toldMTV.com of the upcoming album, which the band are writing now in Los Angeles “I think it’s going to get by on its musicianship and its own merits in the songs.”

“I think doing [The Black Parade] made us feel like we could do everything,” he added. “The way to top a record that already kind of does everything is to not do everything. The [new] stuff we’ve been playing so far, just feels very pure — there’s less happening.”

And by “less,” Way also means eliminating the elaborate plot line of The Black Parade, as well as the theatrical costumes the band wore onstage. “It’s not going to be hiding behind a veil of fiction or uniforms and makeup anymore,” he said.

Aside from one song’s working title (“New Hair, Same Shit”), no details about the upcoming record have been announced. Hopefully a new side project, a feature film, and baby won’t delay the boys long!