The band leak more details about their follow-up to American Idiot. 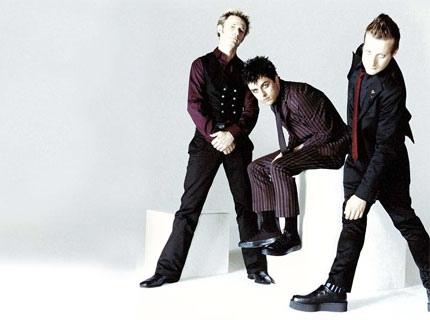 Ever since Green Day started talking about the new power-pop direction they were heading on their much-anticipated follow-up to 2004’s American Idiot, we’ve been dying for more details. And by details, we don’t just mean low-quality footage of the band in the studio with Nirvana producer Butch Vig.

Today, we finally got what we’ve been waiting for. Having presented last night’s Album of the Year at the Grammys, the band woke up this morning and posted some revealing details about their new release on their website [via NME.com].

Green Day’s eighth album, 21st Century Breakdown, will drop in May and is available for pre-order now at greendaymusic.com. In high-concept style, the album will be divided into three “acts”: “Heroes and Cons,” “Charlatans and Saints,” and “Horseshoes and Handgrenades.”