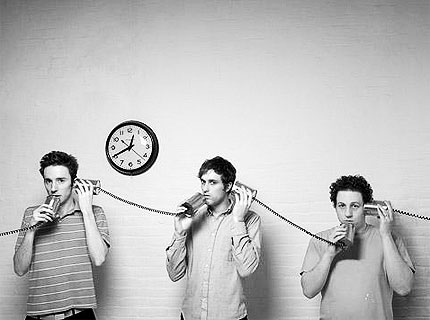 Whether you’re a love-drunk couple or a glum single, Brooklyn’s Mobius Band has the perfect gift for you this Valentine’s Day: Empire of Love, a holiday covers album featuring renditions of tunes by TV on the Radio, Tom Petty, the Everly Brothers, and more — and you download the entire EP below!

Empire of Love was recorded over four days in an empty house in Burlington, VT, and follows last year’s Love Will Reign Supreme EP, which featured the band’s take on songs by Daft Punk, Bob Dylan, and Neil Young, among others.

Our favorite off the Empire of Love EP? “Lullaby,” which takes the Dixie Chicks’ simple country ballad and adds whirring electronic noises and groovy bass to create a tune that sounds like a lost track from TV on the Radio’s last record.