Like a drunken Bob Dylan at a backwoods hootenanny. Hear the new tune now! 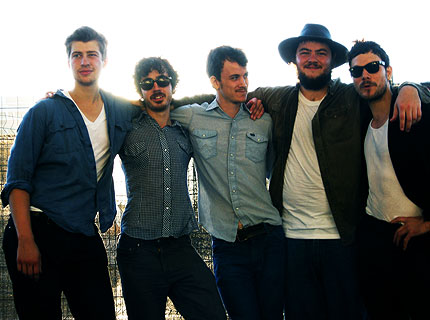 Do you love Bob Dylan and the Band? If so, you’ll love roughneck up-and-comers the Felice Brothers, who will release their new album, Yonder Is The Clock, April 7. But why wait? SPIN.com has the record’s lead single, “Penn Station,” right here, right now!

The Felice Brothers, who had a banner ’08 with an acclaimed album and an excellent show at Bonnaroo, get raucous on the track, which features all three brothers — Ian, James, and Simone — contributing their whisky-throated vocals. The sound fits the mold — after all, the Brothers did record the new record in their rural Upstate, NY, studio, which they built with scraps from an abandoned chicken coop. Yehaw!