Pavement on Reunion: “If the Price is Right” 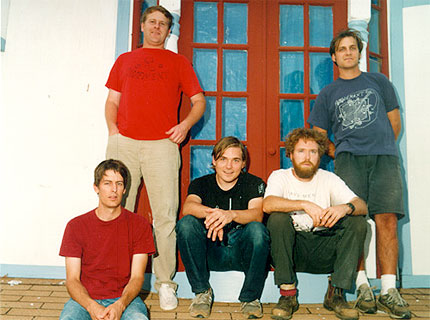 Unlike the Smiths, who have repeatedly dismissed the idea of a reunion, lo-fi indie legends Pavement have hinted that a full-on reconciliation could be in the works — you know, if the price is right.

“Coachella keeps asking our booking agent,” Pavement guitarist Scott Kannberg (a.k.a. Spiral Stairs) said in a recent interview with music rag Loud and Quiet. “But our booking agent’s pretty strong, you know, he’s waiting for the right number I think.”

But aside from the cash, it seems things are in order for the Pavement clan. “Everything’s fine now,” Kannberg said of the band members’ relations. His comment echoes those of former frontman Stephen Malkmus, who recently told SPIN.com that “the option’s open” and that “it wouldn’t be surprising if we wanted to revisit [Pavement].”

Kannberg added that reuniting in 2009 in time for the band’s 20-year anniversary “could be a fun thing to do,” reasoning that it would mean getting to “go and play your favorite songs every night!”