Paramore to Tour with No Doubt

Which other bands will open Gwen Stefani and crew's first tour in five years? Click here to find out! 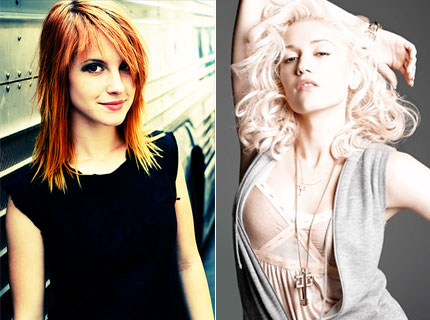 No Doubt recently announced that they’d be playing live shows soon, including an appearance at the Bamboozle Festival. Today they confirmed that their tour, the band’s first in five years, would begin in May and would hit outdoor amphitheaters and arenas nationwide. What’s more, pop-punk heroes Paramore will open all dates.

“The whole reason for going on this tour was to have fun, try on allour favorite songs again and to get inspired to make new music,” GwenStefani said a statement posted to No Doubt’s official website. “It feels good to be all together again.”

Paramore singer Hayley Williams added, “What a dream tour! We couldn’tbe more excited to kick off 2009 by touring with a band like No Doubt.”

And Paramore won’t be the only group along for the ride: Swedish dance rockers the Sounds, R&B up-and-comer Janelle Monae, and reggae/ska outfit Bedouin Soundclash will open select dates of No Doubt’s tour.