The Brooklyn crazies transform "Heroes" into a space-age danceathon! 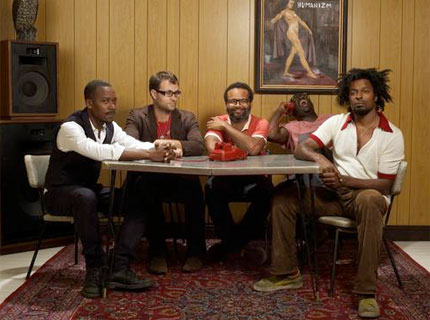 Considering their artsy ambitions, pop prudence, and critical acclaim, it’s no stretch to say TV on the Radio play ball in the stadium David Bowie built. Which is probably why the Thin White Duke choose the Brooklyn rockers to cover his 1977 classic “Heroes” for the star-studded War Child benefit compilation.

Listen: TV on the Radio, “Heroes”