Hear a previously unreleased track from the Montreal indie rockers! 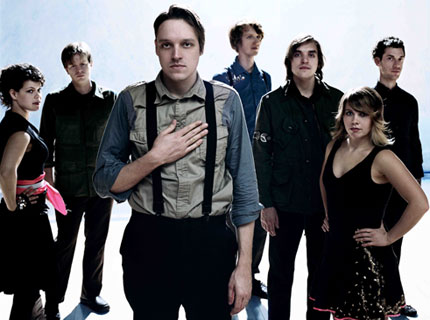 The spirit of giving is in the air!

Like TV on the Radio, Elbow, and Keane and Lily Allen before them, the Arcade Fire are supporting a charity with the release of a new song — and you can hear it right now on SPIN.com.

“Lenin,” an unreleased track from the Neon Bible sessions originally called “When Lenin was Little,” is the Montreal indie rockers’ contribution to Dark Was the Night, a upcoming compilation benefiting HIV/Aids charity the Red Hot Organization. The song features the Arcade Fire’s characteristic pounding pianos and R&B bass. But it’s obvious why it didn’t make Neon Bible – it’s not exactly their best work. Nonetheless, it’s a new Arcade Fire song.