Watch the official trailer for the game! 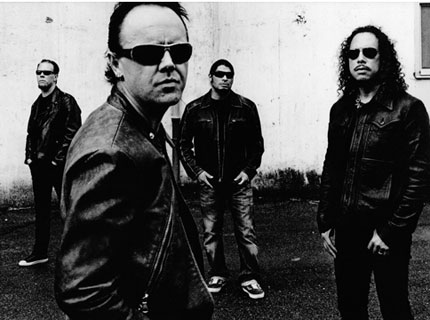 According to a post on Metallica’s MySpace blog titled “Guitar Hero…Worst Kept Secret, Part II,” Guitar Hero Metallica will arrive March 29 for XBOX 360 and Playstation 3, with versions for Nintendo Wii and Playstation 2 set to drop in early May.

The post also confirms a few rumors about the game: Guitar Hero Metallica will feature a new “Expert+” difficulty mode that offers players two bass drum pedals for their drum console, as well as 28 Metallica songs, and tunes by Metallica-approved artists like Alice in Chains, the Foo Fighters, and Slayer.

Watch the official trailer for Guitar Hero Metallica below. And be sure to check back to SPIN.com for more on the new game!