Florian Schneider announces his departure before the seminal electro group hits the road with Radiohead. 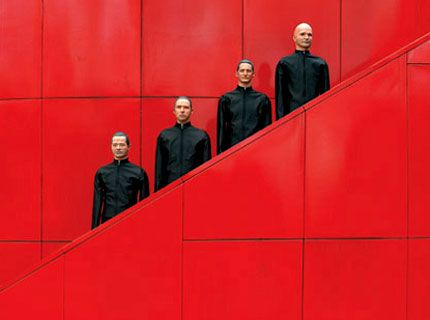 Kraftwerk co-founder Florian Schneider has officially announced his departure from the legendary German electro outfit he formed with Ralf Hütter in 1970 [via Billboard.com].

The news comes via a statement posted to the band’s fansite: “Florian Schneider leaves Kraftwerk after a 40 years partnership with Ralf Hütter. This partnership has generated an incredible music and huge advances in music technology. Florian is a great musician, always seeking the perfect sound through technology. Refined and perfected sounds and vocoders to impossible levels of perfection.”

The statement also alludes to potential solo efforts in the pipeline for Schneider, wishing him success on his “new projects.”

Kraftwerk, which has signed to open Radiohead’s spring tour of Latin America, will continue on without Schneider.