The man who wrote "Hello" and danced on the ceiling weighs in on Good Charlotte, Journey, and how easy Sunday morning really is. 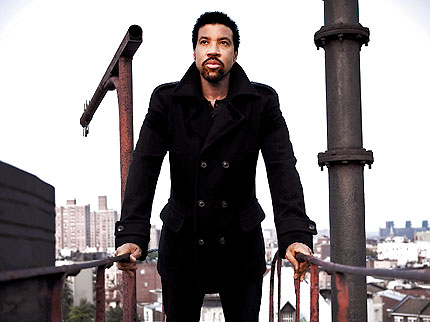 To a certain age group, Lionel Richie may have more cred for being the adoptive father of Nicole Richie than as a musician — which, like many things related to Paris Hilton’s BFF, makes no sense whatsoever. After all, the 59-year-old has sold more than 100 million albums and scored nine maddeningly infectious No. 1 songs as a Commodore and as a solo artist. On his tenth solo album, Just Go, Richie attempts to woo his daughter’s generation by teaming with hip-hop hook masters Akon and Ne-Yo. We called him recently to say, well, you know.

Hello. Do you even bother to answer the phone that way anymore?
Yeah. I do. And, guaranteed, it creates a conversation no matter what the person is calling me for. We have to take about three minutes to go, “Man, that’s the weirdest thing I’ve ever heard in my life. Lionel Richie just said hello to me!”

How many times has thathappened?
Eight billion times. But most of my life now is pretty much like going to The Rocky Horror Picture Show or High School Musical, where you know all the parts. You start with “Easy,” and by the time you finish”Sail On,” “Brick House,” and “AllNight Long,” you pretty much have the conversation in full.