Chris Martin and Co. transform into a puppet rock band with a penchant for on-stage dramatics 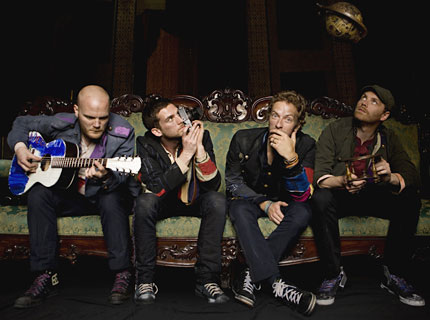 In this new video for Prospekt’s March track “Life in Technicolor II,” Coldplay transform themselves into a rock band of adorable Being John Malkovich-style puppets.

Directed by Dougal Wilson, who helmed videos for Goldfrapp, Bat for Lashes, Basement Jaxx, and Jarvis Cocker, the clip features on-stage pyrotechnics, crowd surfing, and daredevil cyclists. The puppet of guitarist Jonathan Buckland even bashes his guitar into the mini speakers before the band make their grand exit by helicopter. Watch below!