VIDEO: Watch the band perform a new track off their upcoming album! 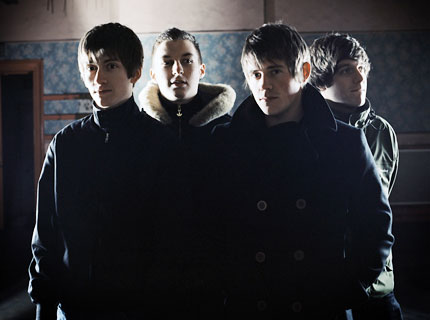 Brit indie-rock darlings Arctic Monkeys previewed material off their upcoming album while in Australia on a recent tour. Check out footage of the band’s performance of all-new track “Crying Lightning” below!

The video was taped at Sydney’s Big Day Out fest and broadcast on Australian television.

Frontman Alex Turner has told Australia’s Triple J network that the band’s new album (which is being co-produced by Queens of the Stone Age frontman Josh Homme) is “78 percent” complete, and would be ready for release this summer.

Watch the video below. Then leave your thoughts on the Monkeys’ new song in the comment section.