FREE DOWNLOAD: Get an all-new tune off the Brit band's first album in four years! 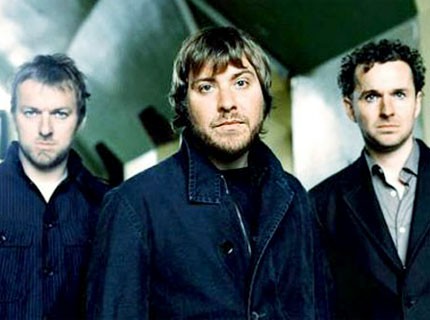 Manchester rock trio Doves are offering fans a free download of a brand new track to celebrate Kingdom of Rust, their first album in four years, due out in the UK April 6. Typically, albums will release in the U.S. the following day. In this case, Tuesday, April 7.

Available for two weeks only beginning today, “Jetstream” can be downloaded for free at the band’s website. The song — a mix of dance rhythms and atmospheric keys and guitars — has been described by frontman Jimi Goodwin as a “nod to [the Doves’] electronic past,” and is sung by guitarist Jez Williams [via Billboard.com].

As for the rest of the album, Williams summed up its genre-bending nature by describing it to NME.com as “schizophrenic but strangely cohesive.”

If that raises alarm bells for fans who are worried that Doves may not sound like they used to, Goodwin is quick to offer assurance: “Everyone talks about fucking departures, but this album is hopefully just Doves doing what they do really well — which is nicely crafted songs.”