This New York band opened for Panic at the Disco and Dashboard Confessional. Hear their excellent new song! 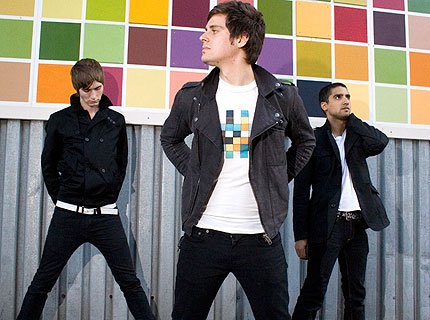 Lights Resolve, formed by three Lawrence, New York, high school pals in 2006, has been riding a steady streak toward success: The band toured with Straylight Run and the Used. And after impressing judges Chris Carrabba of Dashboard Confessional and Brendon Urie and Ryan Ross of Panic at the Disco, they won MTV2 and Time Warner’s Rock Battle NYC and opened the Newark, NJ, stop of Dashboard Confessional and Panic and the Disco’s fall tour.

The trio’s sound on their two self-released records is diverse — as much U2 as the Used. Their latest track, “Dreaming of Love” (below), mixes emo lyrics (“I’ve been dreaming of love / where did you go”) with soaring guitars and punk urgency.

Listen to “Dreaming of Love.” Then tell us if Lights Resolve deserve a recording contract, or not!