Hear the Mercury Prize winner's version of a The Joshua Tree classic. 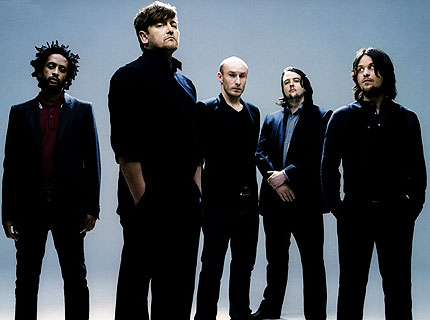 The Seldom Seen Kid, the latest album from Brit rockers Elbow, received high marks from SPIN — and even beat out Radiohead for Britain’s esteemed Mercury Music Prize. Now Elbow are taking on another legendary rock band: U2. And this time the results are helping children worldwide.

For their contribution to the War Child International covers compilation, which will raise funds to help children in war-torn nations like Afghanistan and Iraq, Elbow covered U2’s 1987 ballad “Running to Stand Still.” Though it stays true to the original’s melancholy feel, right down to the sparse piano melody and lyrics about a heroin-addicted woman in Dublin, Elbow’s take on “Running to Stand Still” is certainly impressive — thank frontman Guy Garvey’s sorrowful moan and the collision of guitars, harmonica, and piano that caps off the tune.

Listen below, and then tell us if you think Elbow did the song justice in the comments section.