Chris Walla and Ben Gibbard seem to disagree about the band's songwriting future. Find out why. 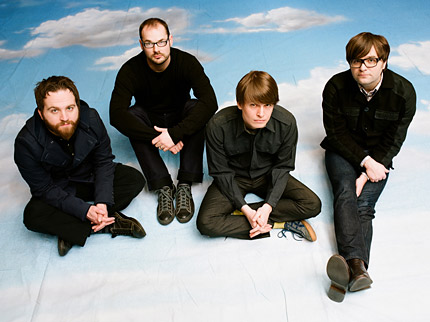 In a recent interview with Alternative Press [via exclaim.ca], Walla revealed he’s less than impressed with Gibbard’s slow-jams: “I don’t particularly have any real connection to a lot of the mellower stuff that Ben writes,” he said. “I really feel like he’s getting his best stuff when he’s being assertive and forward.”

“I have no interest in doing anything that’s mild and meek,” he elaborated. “I want to make a radio record this next time out. There’s no reason for us to keep doing what we’re doing if we’re making meeker, smaller records.”

Meanwhile, in an interview with the A.V. Club, Gibbard said, “I don’t have any large concepts about what the new album should be or sound like.”

Gibbard then went on to say his only desire concerning the next album was to “go flip off into [a] little corner of the world and write in a vacuum, then bring all the songs to the band.”

We wonder how that’s going to work for Walla and the rest of the guys.