As their SPIN-championed album hits stores today, click here for a sneak peek at an interview with the band from our February issue! 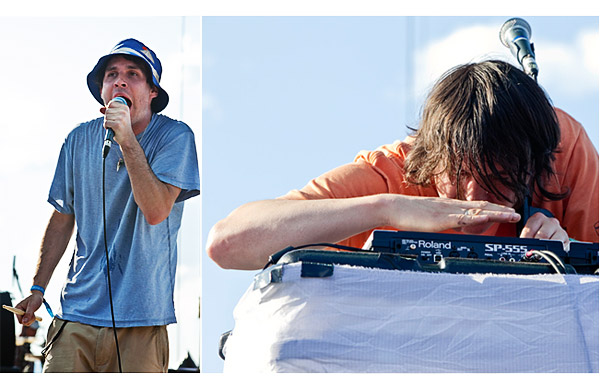 The New Year is just a few days old, but music fans already have access to one of 2009’s most important records: Animal Collective’s Merriweather Post Pavilion hits store shelves today (in vinyl, at least — digital and CD versions arrive Jan. 20), and we’ve already chimed in with a four-star review, noting how the band manages to “elude all experimental-noise, freak-folk, and indie-rock tags.”

And we’re not alone in our praise. “I consider them to be the most important band of our time,” Deerhunter/Atlas Sound maven Bradford Cox tells SPIN. “I seriously think they’re the best band on the planet,”

To celebrate today’s album release, we’ve posted a sneak peek of SPIN’s exclusive feature on Animal Collective, which will appear later this month in our February issue. It chronicles their career so far, from early musical influences like the Texas Chainsaw Massacre soundtrack and gigs that involved performing inside tents, wearing only underwear, to a present tense where the band’s three members are split between New York, Washington, D.C., and Portugal, but are playing festival sets to 20,000 adoring fans.

Click here to read the interview, and here for our album review.