Island Records has reserved three studios across London in a bid to get the distracted songbird to show up for work. 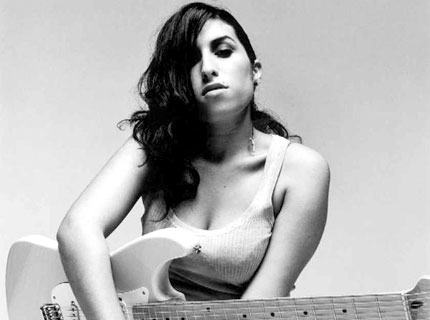 When it comes to Amy Winehouse, it seems Island Records is hoping three will be the magic number. The record label has reportedly booked recording studios in the north, east, and west of London to increase the chances of the artist actually showing up to finish her much-anticipated follow-up to 2007’s Back to Black.

“Amy’s next record is one of the most eagerly anticipated in pop music so the record label isn’t taking any chances,” a source told UK newspaper Mirror [via Gigwise.com] “She does like an all-night bender so by booking three different venues, at least the record label are assured — on the law of averages — that she’ll turn up in one of them.”

To which we say: Really, Island Records? You think by providing a studio close enough to the singer’s hypothetical bender that you can guarantee her attendance? Because people on benders are usually pretty amenable to dropping in on their neighborhood recording studio? Really?