Stone Roses Reunion In the Works

Bassist Mani says the Britpop legends are ready -- but a certain frontman needs some convincing. 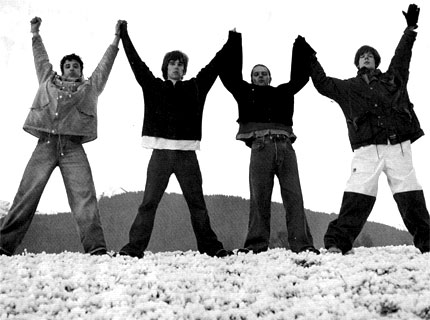 The Stone Roses could be the latest iconic Britpop outfit to reunite, at least according to their bassist Gary “Mani” Mounfield.

Mani, who currently plays with Primal Screen, recently told Channelbee: “Me, John [Squire] and Reni [Alan “Reni” Wren] are up for doing it and Ian [Brown] just needs some working on. It’s something I would love to do before we are all fat and bald. Start the campaign.” [via Gigwise.com].

Mani also pointed out that 2009 would be the perfect year for the “Madchester” movement pioneers to get back together, in light of the fact that it would be timed to the 20th anniversary of the band’s self-titled debut album.