After 20 years of estrangement, Morrissey and guitarist Johnny Marr are reportedly back on good terms. 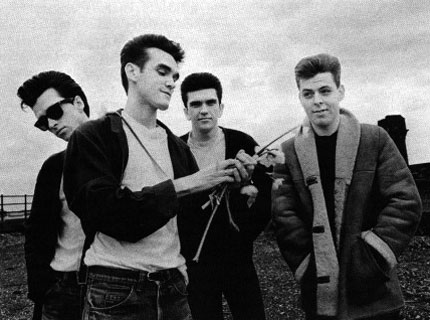 The UK’s Daily Mirror newspaper is reporting that guitarist Johnny Marr and mopey frontman Morrissey have officially made amends after 20 years of estrangement, and are now regularly in touch, fueling speculation that a Smiths reunion could be a real possibility.

The paper quoted a source as saying, “The very fact that they are talking again is the most hopeful thing in years. A lot of people think of them as the best thing since the Beatles. They’d fill stadiums many times over.” [Via Gigwise.com]