Rivers Cuomo on His ‘Breakout’ Tune

Weezer's frontman tells the story behind "My Brain Is Working Overtime," off his just-released collection of demos and rarities. 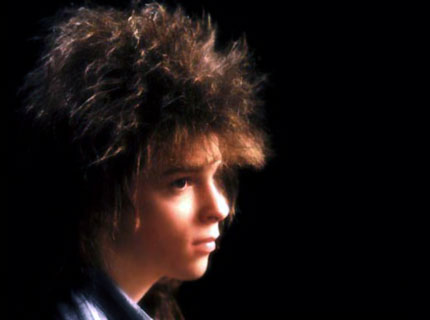 “I think the breakout moment was this song,” Rivers Cuomo tells SPIN.com of “My Brain Is Working Overtime,” a slick pop tune off Alone II, his just-released second collection of rarities and demos. “It felt like the first important song I’d written after losing my way for a long period of time.”

Cuomo is referring to his period of depression after the release of Weezer’s 1996’s sophomore set Pinkerton, a record he calls his “big commercial failure.” “I tried to write some more songs for the third album,” Cuomo elaborates. “But the press totally wrote off Weezer –‘One hit wonders.’ Sure enough, the more I wrote the worse my songs got and I was going crazy… I was having panic attacks and even one mild nervous breakdown. Then one day, long after everyone had forgotten about Weezer, this song spontaneously erupted out of my head.”

With distorted guitars, backing oh oh ohs, and self-deprecating lyrics (“If I was run over by a Range Rover / I’d actually be glad”), “My Brain Is Working Overtime” is emblematic of Weezer’s tight pop-rock format. It was originally considered for 2001’s Weezer (referred to as the “Green Album”). And is just one of many interesting cuts on Cuomo’s new album.

He explains that picking the songs for Alone II became a labor of love that involved listening to many hours of music. “I started going through it all and rating [each track] on the iTunes scale of one to five stars,” he says. “I enlisted the help of some friends and we listened to everything and voted.” The result: a collection of mostly poppy, catchy songs, with a few that “are different and might not be right for Weezer…. Writing and recording at home, I feel like I can experiment and do whatever I want.”

Fans take note: Some cuts on Alone II could end up on a new Weezer album. “I consider any of the songs fair game for the band,” Cuomo explains. “Whenever Weezer makes records, I’ll still submit these songs. I think there’s a good chance that some of them will end up on Weezer records.”