Portishead to Work on New Album

The trip-hop legends are ready to return to the studio and the road. Click here for details! 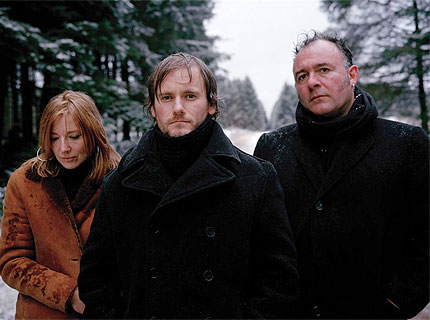 Brit trip-hop pioneers Portishead have revealed that fans may not have to wait long for their fourth album — a refreshing change from the 11-year wait the group established with their last two releases.

On the back of this year’s much praised Third, it seems the band have found inspiration and are ready to seize the moment. “When everyone’s had a bit of a break, I think we’re just going to plough onto it,” producer/instrumentalist Geoff Barrow told BBC 6. “We’ve sat down and we’ve talked about even like the direction and stuff like that … Everyone seems really positive about it.”

Barrow also said the group is enthused about playing more concerts, having not quite gotten their fill this year. “I think everybody at some point wants to get back out on the road, because we didn’t really do an awful lot of live stuff,” he said.

Hey guys, we know y’all are pros, but just in case you’re a bit rusty on your rider situation, feel free to take notes from some legends.