The alt-rock mainstays pack many surprises on the special edition of their classic 1991 debut. Click here for details! 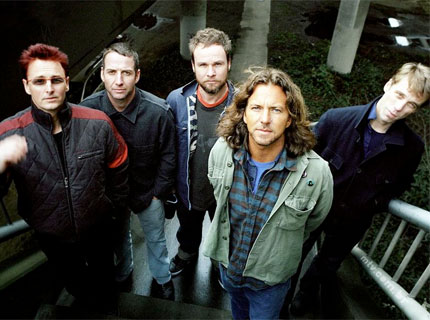 Loaded with extras, each version of the release will feature a remastered copy of the original album along with a remix by the band’s recent go-to producer Brendan O’Brien, which will feature six previously unreleased songs — early versions of “Breath” and “State of Love and Trust,” “Brother,” “Just a Girl,” “Evil Little Goat” and “2,000 Mile Blues.” Additional goodies include a previously unreleased DVD of the band’s 1992 MTV Unplugged performance, an LP of Pearl Jam’s 1992 “Drop in the Park” concert, and a replica of the fabled “Momma-Son” demo cassette with early takes of “Alive,” “Once,” and “Footstep.”

“I knew that the original ‘Momma-Son’ cassette was somewhere, but I hadn’t listened to it in 17, 18, 19 years,” bassist Jeff Ament said in a statement. “It was cool to sit down and play it for the first time with Ed and see his reaction. And to find that 90 percent of it stayed exactly the same as what ended up on the record.”

Pre-orders begin today at the band’s website for the Super Deluxe Edition — a veritable Pearl Jam treasure chest featuring the two-disc set, DVD, four LPs, replica cassette, and Eddie Vedder composition notebook. The reissue kicks off a two-year re-release campaign that will culminate in the band’s 20th anniversary in 2011.