The legendary band head back to the studio to record a 30th Anniversary album. 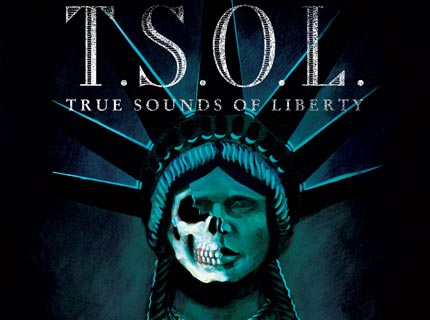 T.S.O.L., (The True Sounds of Liberty) are returning to the studio to record their 30th Anniversary album, which will be released by Hurley.com. All of the original members are on board for the endeavor, including vocalist Jack Grisham. Grisham had this to say about the new project: “We were really stoked to be able to make this record, or whatever they call it these days. The Hurley family has been a longtime supporter of the band T.S.O.L, and we’re lucky to have that relationship in place. To be able to give away what, without Hurley, we wouldn’t have been able to afford to create, is a great experience for us; and the chance to exchange our services for the benefit of causes we believe in is in itself what punk should have stayed about.”

The band will begin recording “Life, Liberty & The Pursuit of Free Downloads” next week. Get a copy of it on Hurley.com as a free download in January 2009, shortly before the band hits the road for their 2009 U.S. tour.

Hurley is supporting TSOL at every turn, and have even set up a live stream of the band in the studio. To watch go to www.hurley.com/tsol.