Oasis’ Liam Gallagher: “I Don’t Give a Sh*t About Coldplay”

The loudmouthed singer sounds off on Chris Martin and Co. and praises, um, another Britpop band. 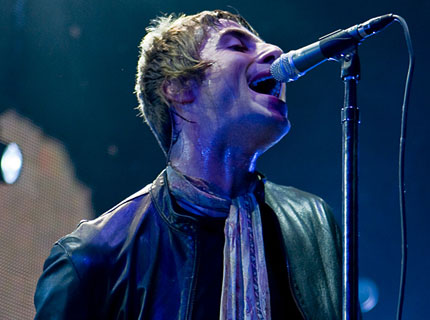 That Liam Gallagher. No matter how many times we see his name next to “hit out at” or “slag” or “dis” it just never fails to pique our interest.

But, ever the gabber, Gallagher’s funnies don’t end there. His reasoning for the fact that Coldplay’s latest album, Viva La Vida, outsold Oasis’ Dig Out Your Soul in the U.S.? Oh, easy, because “we are fucking miserable,” Gallagher answered.

And though Gallagher is at ends with Coldplay, there’s apparently one person he’s getting along with swimmingly these days — his brother. “Me and Noel get on well now. Beautiful.”

Let’s hope Noel feels the love too — since, you know, he almost killed his brother once before.