Click here to find out if these acts will play in your hometown! 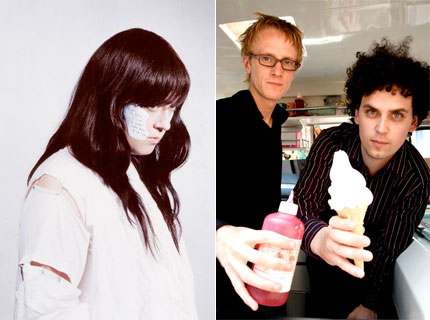 In preparation for the January 20 release ofThe Crying Light — their long-awaited follow-up to 2006’s I Am A Bird Now — Antony and the Johnsons have mapped a month-long North American tour that kicks off February 2 in Glenside, PA.The outing will hit major cities across the country, including a two-date residence in New York City, before concluding February 28 in Seattle, WA. For a sneak peek at the Mercury Music Prize winners’ new material, check out our stream of The Crying Light’s “Another World” here.

Though hard at work producing forthcoming albums from Klaxons and Arctic Monkeys, and recording their guest-heavy follow-up to 2007’s Attack Decay Sustain Release, Brit electro duo Simian Mobile Disco are making time for two-month North American tour this spring.The boys will being their outing March 12 in Vancouver, BC, and close out 15 dates later in Baltimore April 25.